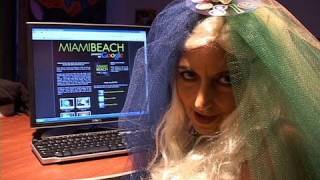 03:24
Lady Gaga - Bad Romance (Parody) Lady Google Miami Beach
Miami Beach is fast and fabulous; which is why the Miami Beach community thinks they are the perfect match to hook up with Google Fiber for Communities. Share this parody to Lady Gaga's "Bad Romance" video, and hopefully, Google will listen and hook us up. Lady Google hopes so. Go to www.googlemiamibeach.com.
2 0   127   2019-07-10   Google Fiber   0 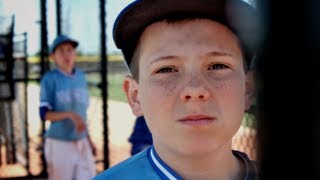 04:05
Why Speed Matters: Nick's First Pitch
Just like any other 13-year-old baseball fan, Nick had dreams of one day making it to the majors. But being diagnosed with a rare blood disorder put that dream on hold. Until, that is, Nick's friends, family and the baseball community teamed up and used the power of web to make his dream a reality. For more information, visit g.co/nicksfirstpitch
0 0   120   2019-07-10   Google Fiber   0 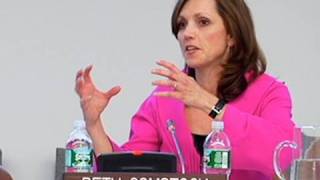 03:12
Freedom to Innovate: Google's "20% Time" Initiative
Complete video at: http://fora.tv/2010/04/14/Championing_Innovation_and_Embracing_Disruptive_Ideas Anjali Joshi, Director of Product Management at Google, explains the company's informal "20 percent time" initiative. Under this system, Google employees are free to devote about one day per week to a project they feel passionate about, regardless of whether it relates to their usual job duties. ----- A discussion on Championing an Innovative Culture & Embracing Disruptive Ideas in a Global Corporation with Maria Bartiromo, Beth Comstock, and Anjali Joshi. World Entrepreneurship Day is the internationally-recognized day for the celebration of the world's entrepreneurial heroes. Beth Comstock is Chief Marketing Officer and SVP of GE. She leads the company's organic growth and commercial innovation initiatives, and the sales, marketing and communications functions. She is responsible for the GE-wide business platforms ecomagination, devoted to reducing environmental impact and new technology, and healthymagination, focused on achieving sustainable health through innovation by lowering costs, improving quality and reaching more people. Anjali Joshi is an accomplished technology executive who has held significant leadership positions in high-growth companies. She is a currently a Director of Product Management at Google where she leads groups focused on the software, network and computing infrastructure, translation products and internationalization/localization of Google products. Most recently, she has been integral in managing Google's Fiber to Communities effort, which will ultimately bring ultra high-speed broadband access to as many as 500,000 people across the United States. Maria Bartiromo is the anchor of CNBC's "Closing Bell with Maria Bartiromo", and host and managing editor of the nationally syndicated "Wall Street Journal Report with Maria Bartiromo," which was also recently rated the most watched financial news program in America.
0 0   106   2019-07-10   Google Fiber   0 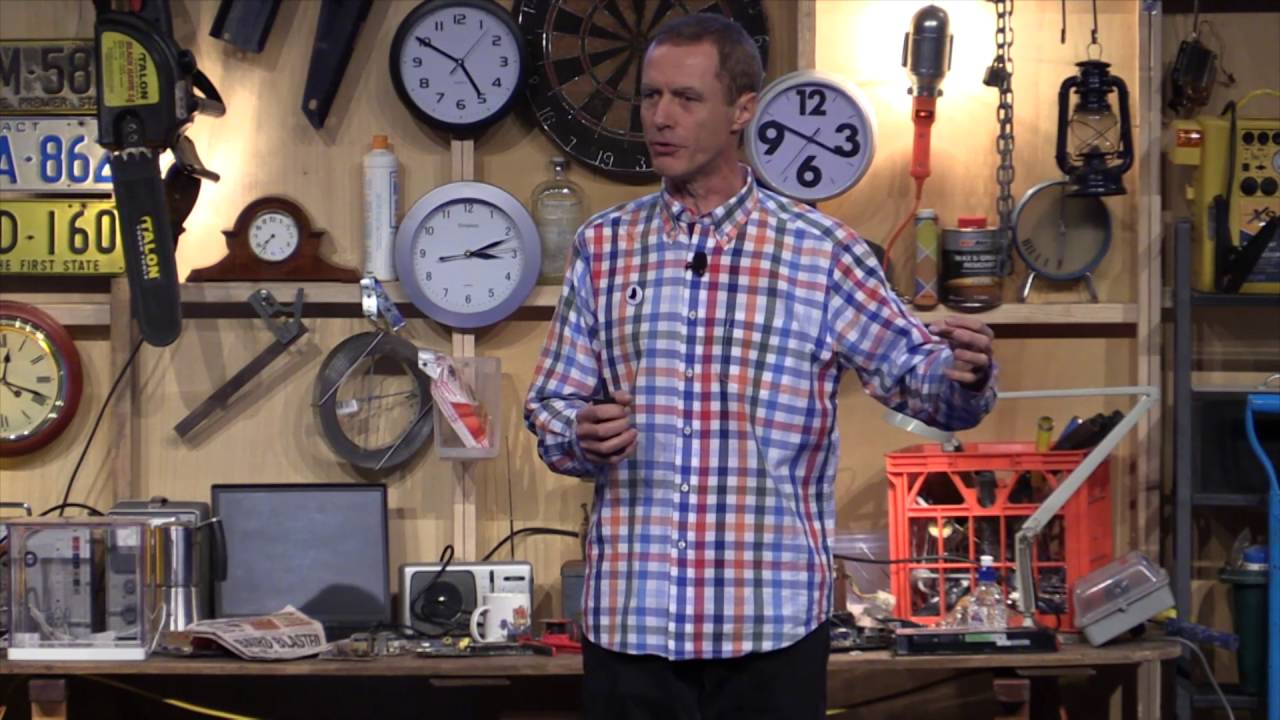 52:38
The Sunrise Conference 2016 - Craig Barratt, CEO Google Access and Energy (Google Fibre)
By Blackbird Ventures and Startmate. More videos and info at http://thesunrise.co The Sunrise is a startup conference presented by founders, for founders. It brings together Australia’s most successful tech leaders to tell stories from their beginnings. They talk about the pivotal decisions, the big mistakes, the near misses and the ah-ha moments. Their tales are embarrassing, exhilarating and inspiring.
0 0   122   2019-07-10   Google Fiber   0 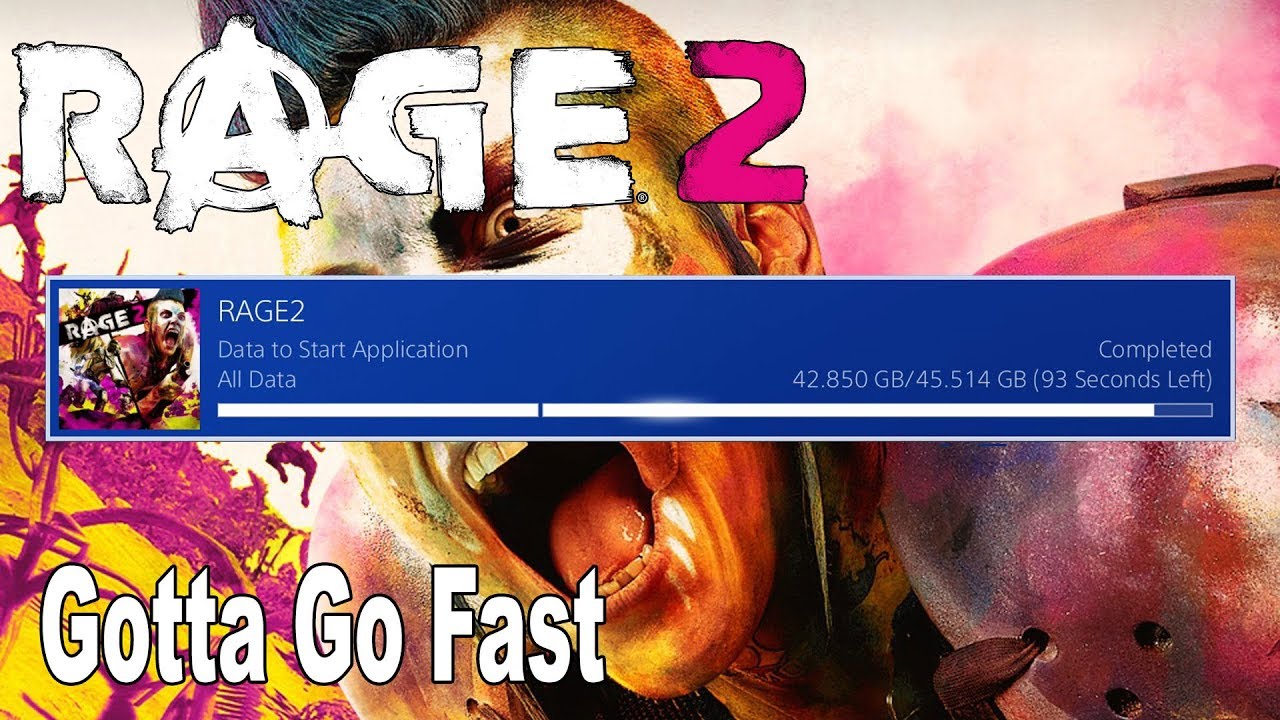 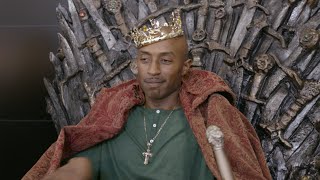 01:33
What does it feel like to rule the Seven Kingdoms?
Game of Thrones fans know to expect the unexpected. But even die hard fans couldn’t believe what happened next when we brought the real Iron Throne to our Fiber Space in Austin. Here’s to more surprises to come.
0 0   112   2019-07-10   Google Fiber   0 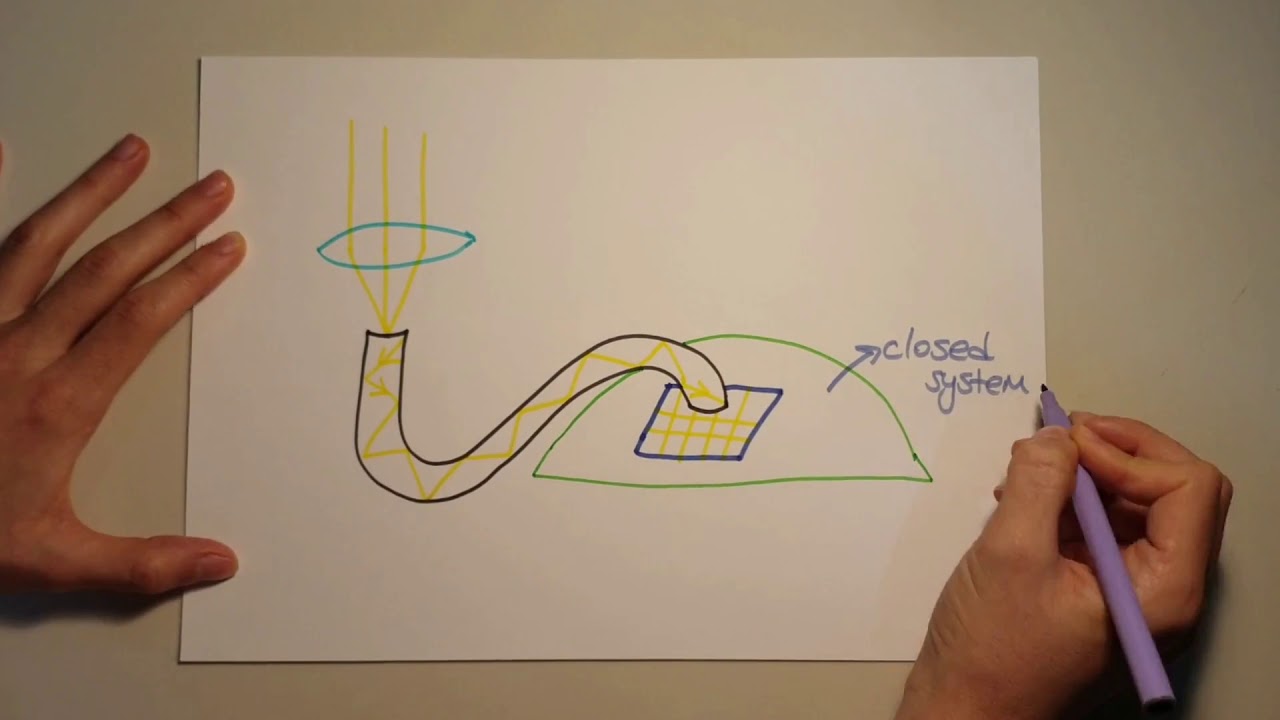 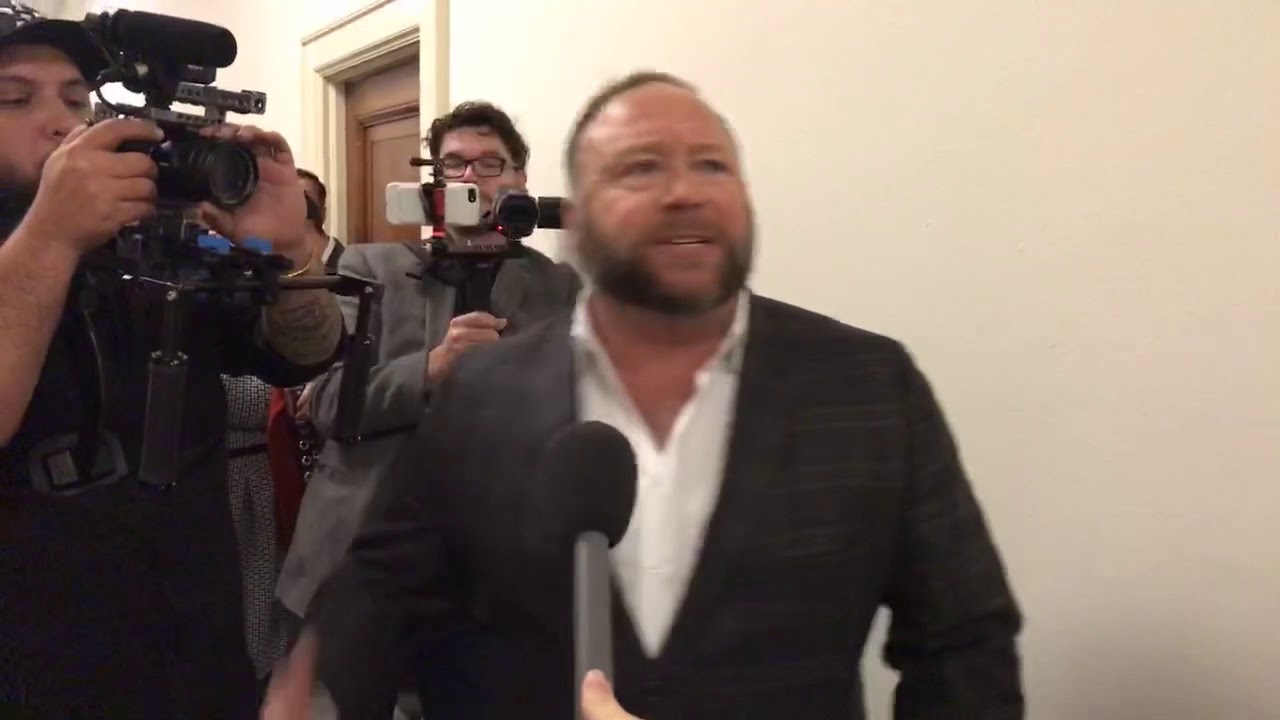 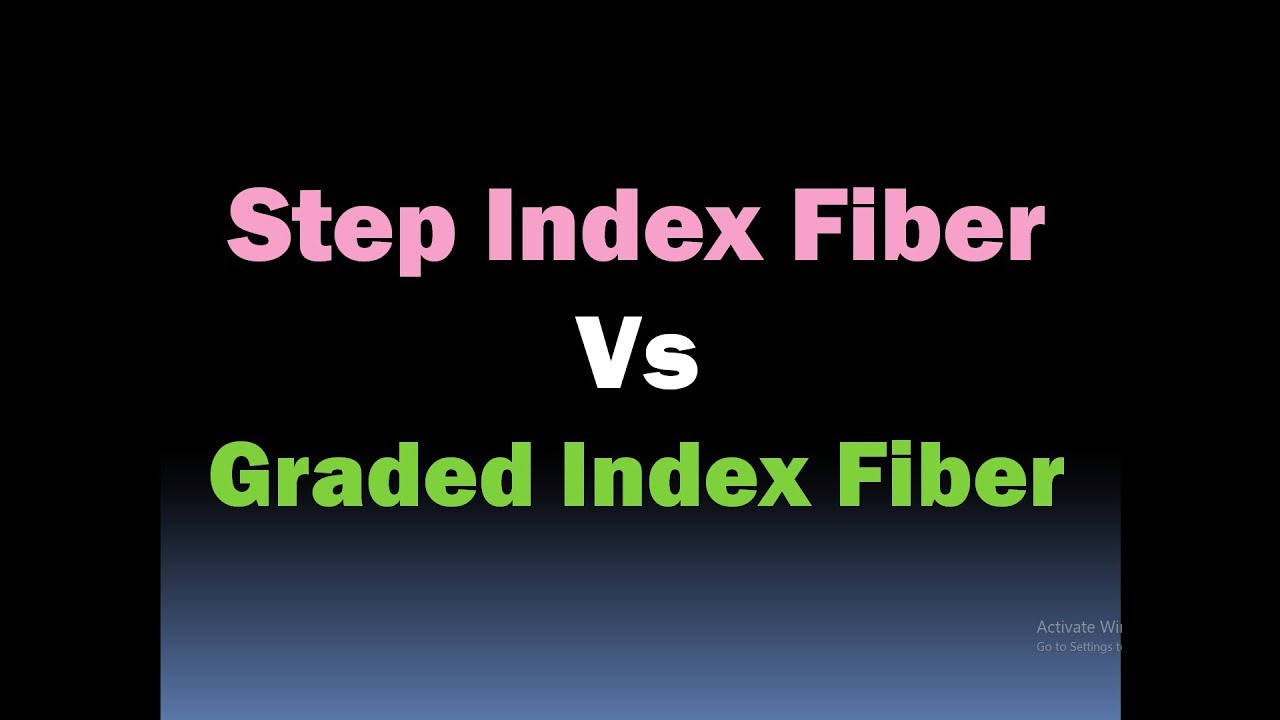 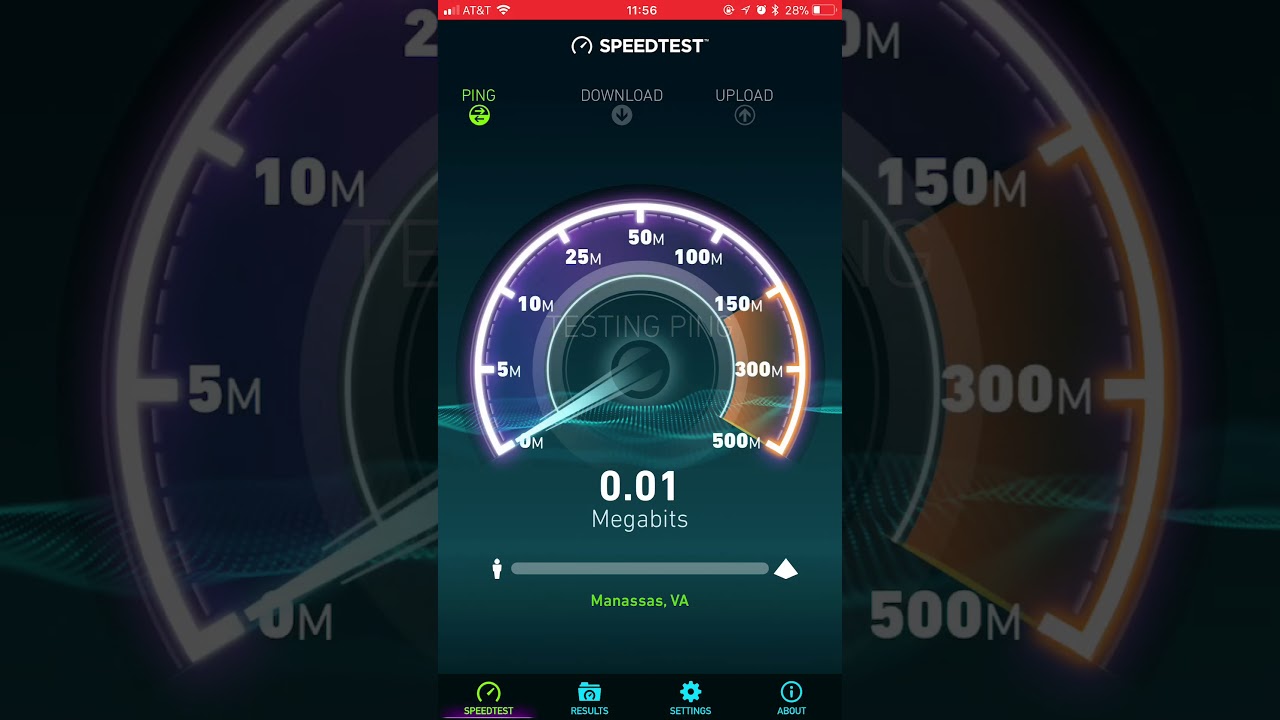 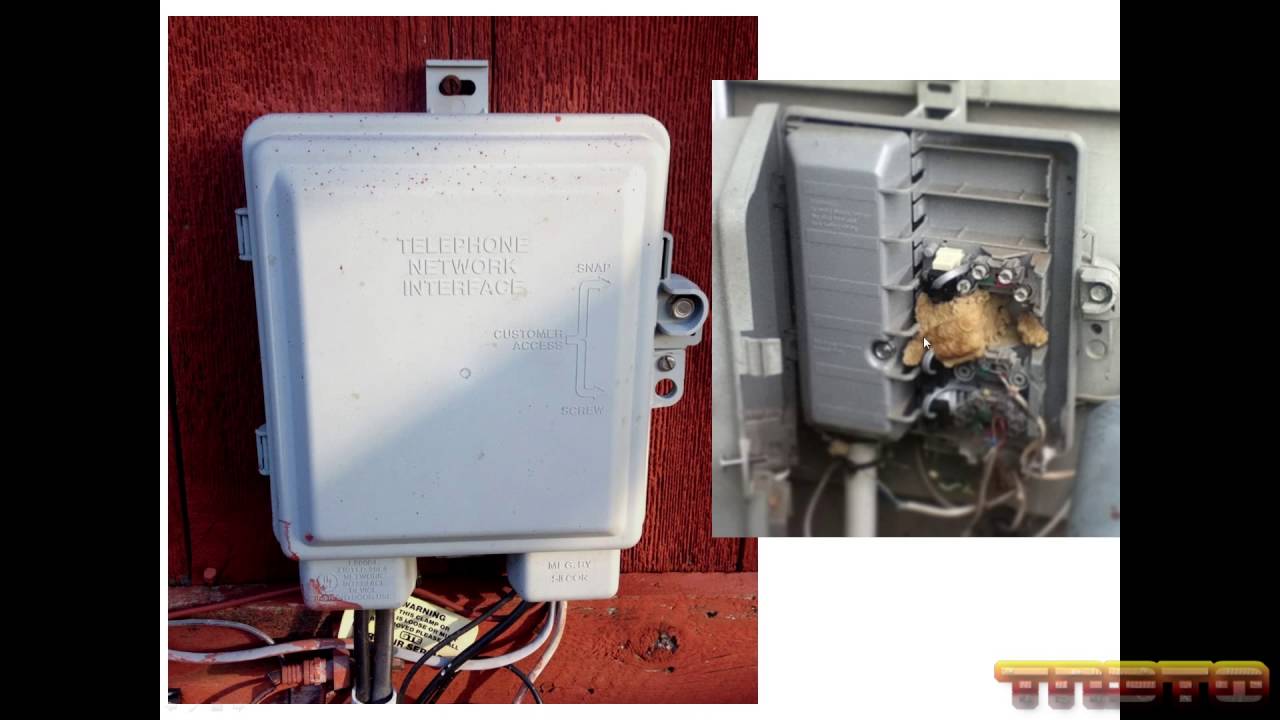 01:03:19
Identifying Phone, Cable, and Fiber Lines
In this video I explain the 3 most popular mediums of an Internet connection, and how to identify what type of Internet you can get on your road by identifying each line on the pole itself. I also show how to find buried fiber optic lines. First I go over a powerpoint that I created that explains the 3 most common mediums, Phone, Coaxial Cable, and Fiber Optic. Then I go onto Google Maps Streetview and pick some random roads and identify the lines their.
0 0   109   2019-07-10   Google Fiber   0 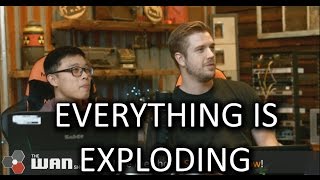 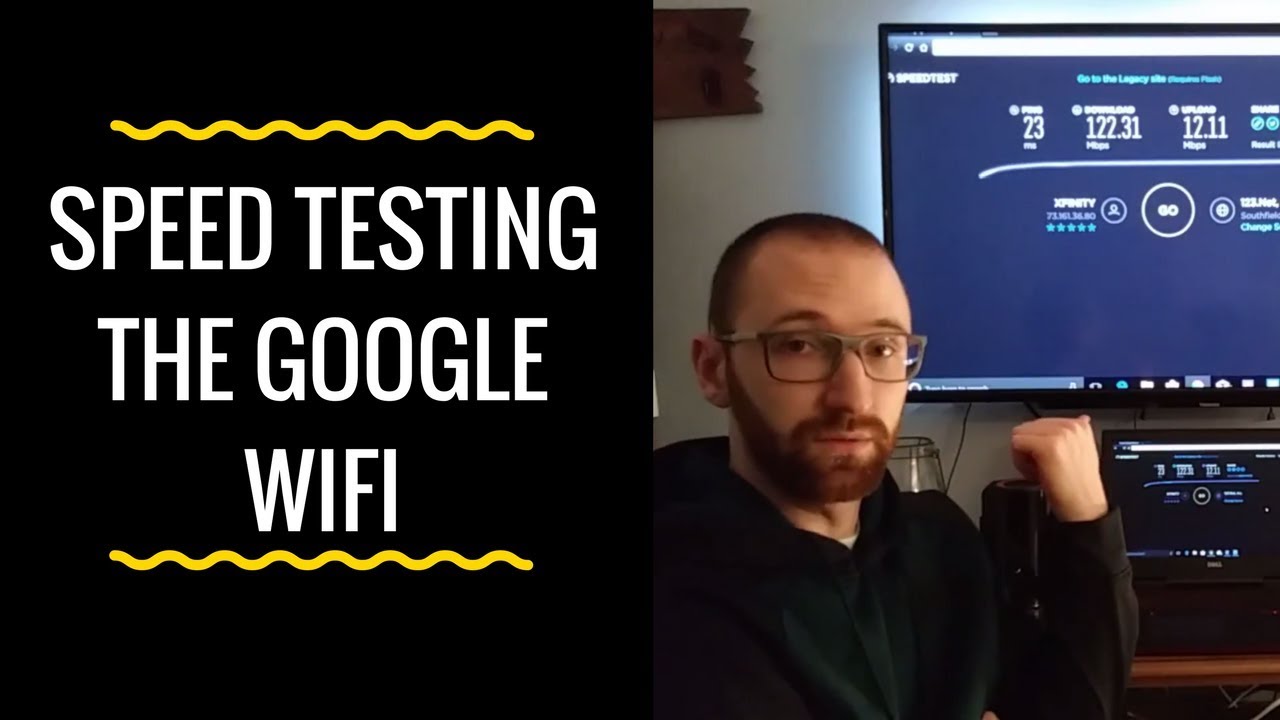 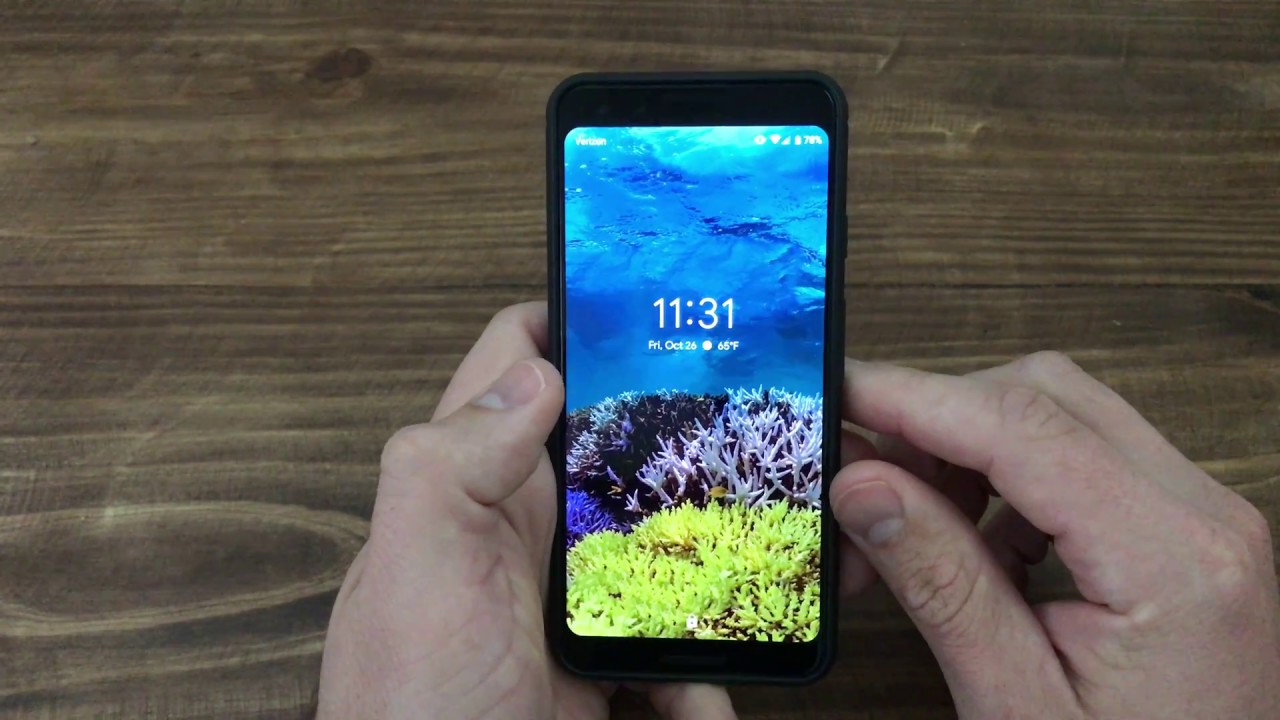 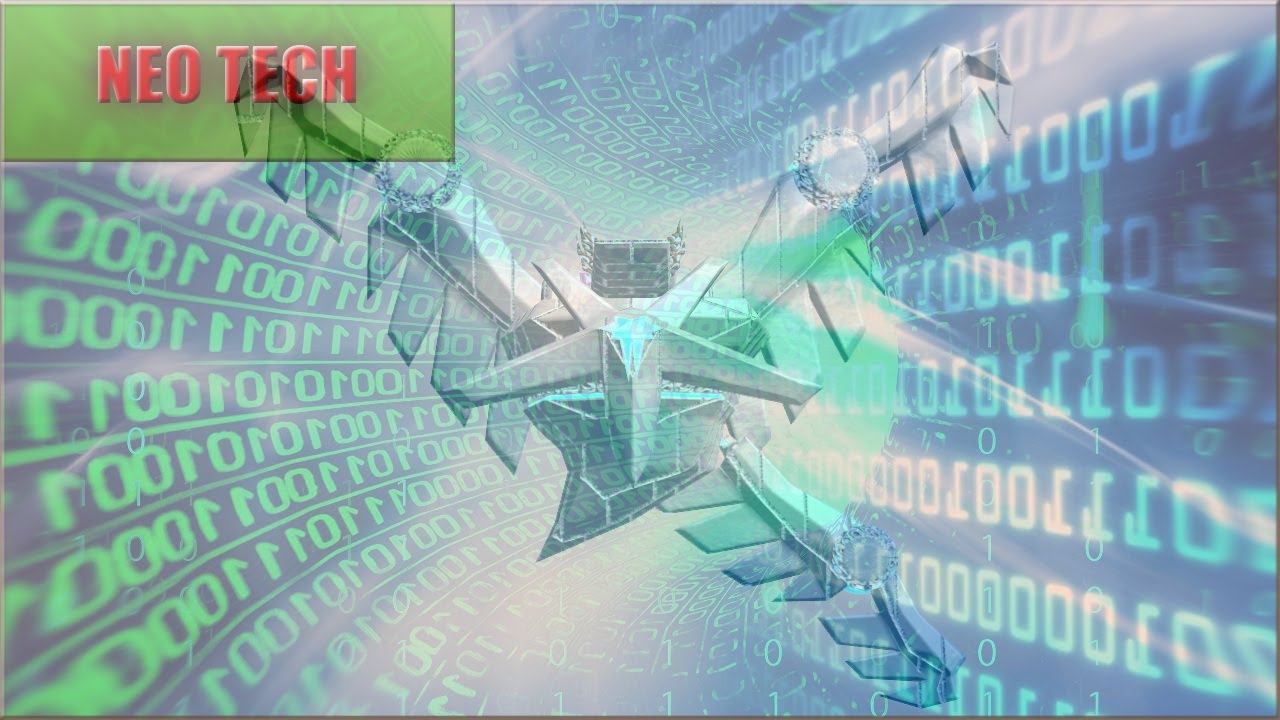 01:16
Underwater Google Cable | "FASTER" Transpacific Fiber Optic Cable Is Ready
The undersea fiber optic cable named "FASTER", funded by Google, is ready to transmit data between servers in USA and Japan. In 2014, Google invested a lot of money in a 60 terabit per second transpacific fiber optics cable. The unerwater cable, named "FASTER", measures 9000km and connects the West Coast of the United States of America to Japan. Today, "FASTER" has been activated. It has landing points in Oregon in the US to Chiba and Mie in Japan. Google is reserving 10 terabits of the capacity to increase the speed of data transmissions between it's own servers. Google is also planning to fund an undersea cable between Brazil and Florida. In a few years, instant upload and download speeds might actually become a real thing. This technology, coupled with augmented reality tech, might create a new type of entertainment like never seen before. It seems like a new technological boom is in the horizon. How will the internet and it's users change once the data transmission speeds become this fast? We, shall wait and see.
0 0   113   2019-07-10   Google Fiber   0 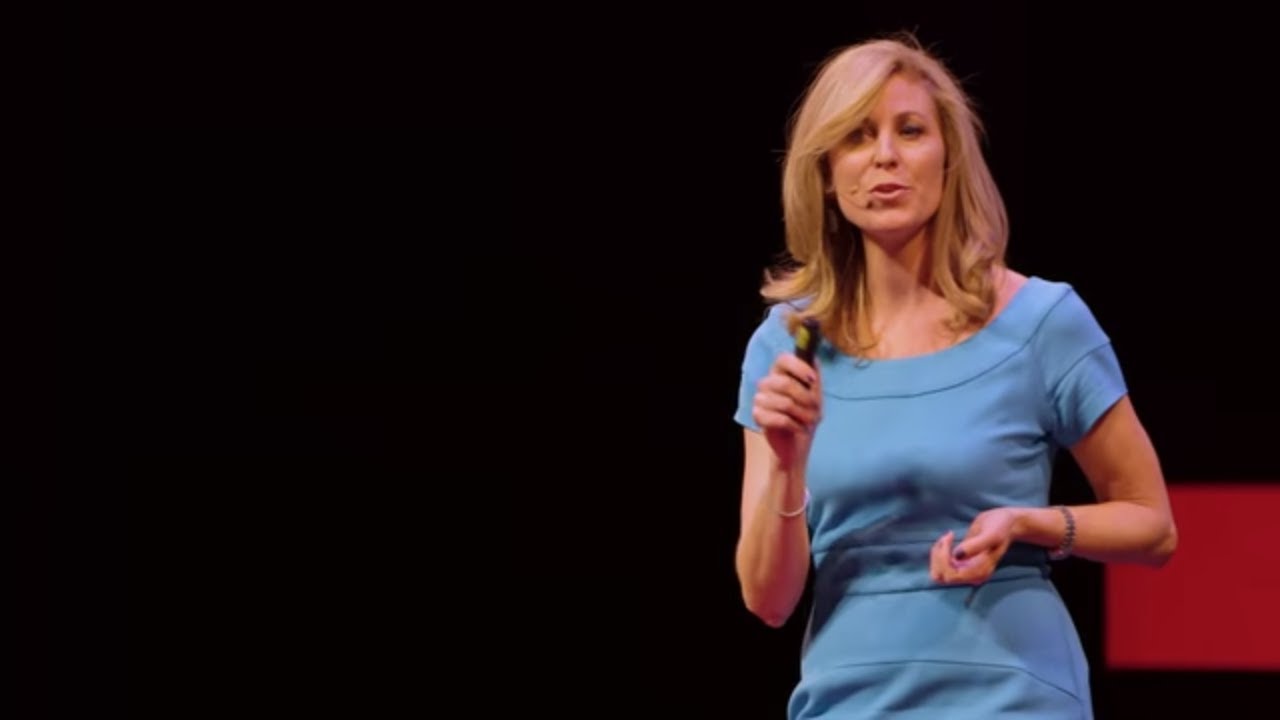 19:27
Hire a Mom! How 10 Years At Home Made Me A Better Leader At Google | Martha Ivester | TEDxNashville
What is time “at-home” really worth? Google executive and mom of three, Martha Ivester shares what she learned about the value of her 10 years as a stay-at-home mom. Using Google’s research on effective managers and high-performing teams, she argues that instead of being penalized for time “off” to raise kids, moms should be recognized and rewarded for developing critical workplace skills like empathy and communication in their time at home. ABOUT THE SPEAKER: Martha Ivester has worked for some of the world’s leading brands in technology, entertainment, and sports, including Google, Creative Artists Agency (CAA), Nike, Microsoft, and more. After a decade as a stay-at-home parent, Martha went back to work in the music industry before joining Google Fiber in 2015. Source research: Google Project Oxygen & Project Aristotle: https://rework.withgoogle.com/ UMass Amherst: The Fatherhood Bonus and The Motherhood Penalty: Parenthood and the Gender Gap in Pay (Bundig, 2014) Third Way: https://www.thirdway.org/report/the-fatherhood-bonus-and-the-motherhood-penalty-parenthood-and-the-gender-gap-in-pay Martha Ivester is the City Manager for Google Fiber in Nashville where she oversees Fiber’s day-to-day business operations and leads the local team on community affairs, business outreach, and customer acquisition and retention. Prior to joining Google in 2015, Martha was an executive at Creative Artists Agency (CAA). Prior to CAA, Ivester worked as Global Olympics Brand Director at Nike. She also previously headed Microsoft's marketing in Greater China, where she created and launched one of the company's first customer loyalty programs and accompanied Bill Gates on his first visit to China. Ivester began her career on Hewlett Packard's communications team and has also worked as brand consultant to United Airlines, IBM and STAR TV. She serves on boards for Nashville Entrepreneur Center, The Nashville Public Library Foundation, Communities in Schools of Tennessee, Tennessee Performing Arts Center, and Nashville Ballet, and is Board Chair of the Tennessee Entertainment Commission. This talk was given at a TEDx event using the TED conference format but independently organized by a local community. Learn more at https://www.ted.com/tedx
0 0   92   2019-07-10   Google Fiber   0 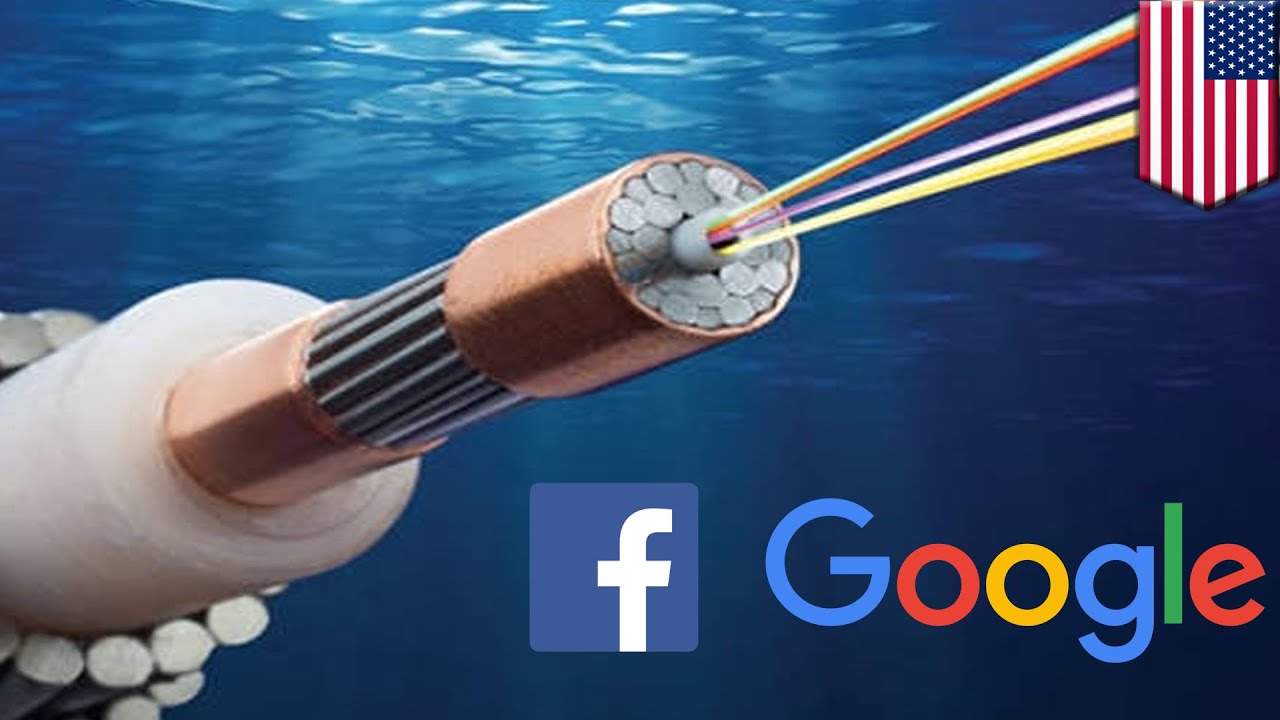 01:19
Underwater cables: Google, Facebook building ultra fast HK to LA deep sea cable network - TomoNews
LOS ANGELES/HONG KONG — Facebook and Google have joined a consortium to develop a trans-Pacific underwater data cable between Hong Kong and Los Angeles. In addition to the two U.S. technology giants, the project involves deep sea cable developer TE Subcom and Chinese company Pacific Light Cable Network, the Wall Street Journal reported. The cable will be able to handle up to 120 terabits per second. Google says that’s enough bandwidth for 80 million concurrent video conferences between Hong Kong and Los Angeles. When it is completed in 2018, the cable network will span some 12,800 kilometers between the two cities. ----------------------------------------­--------------------- Welcome to TomoNews, where we animate the most entertaining news on the internets. Come here for an animated look at viral headlines, US news, celebrity gossip, salacious scandals, dumb criminals and much more! Subscribe now for daily news animations that will knock your socks off. Visit our official website for all the latest, uncensored videos: http://us.tomonews.com Check out our Android app: http://bit.ly/1rddhCj Check out our iOS app: http://bit.ly/1gO3z1f Get top stories delivered to your inbox everyday: http://bit.ly/tomo-newsletter See a story that should be animated? Tell us about it! Suggest a story here: http://bit.ly/suggest-tomonews Stay connected with us here: Facebook http://www.facebook.com/TomoNewsUS Twitter @tomonewsus http://www.twitter.com/TomoNewsUS Google+ http://plus.google.com/+TomoNewsUS/ Instagram @tomonewsus http://instagram.com/tomonewsus -~-~~-~~~-~~-~- Please watch: "Crying dog breaks the internet’s heart — but this sad dog story has a happy ending" https://www.youtube.com/watch?v=4prKTN9bYQc -~-~~-~~~-~~-~-
0 0   90   2019-07-10   Google Fiber   0 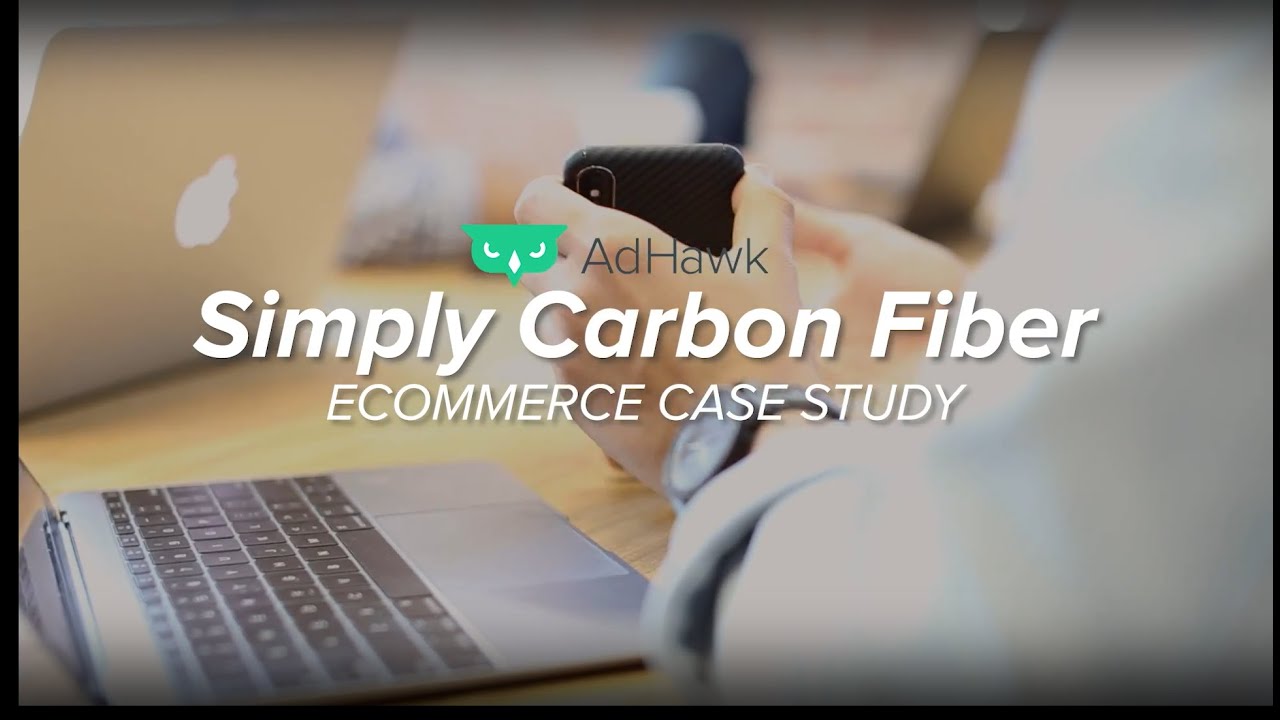 05:56
AdHawk for Ecommerce - Simply Carbon Fiber Google Ads Case Study
Do you want to build a partnership like Simply Carbon Fiber did with AdHawk? Get a free consultation here: http://bit.ly/2TgmE8k Read the full transcript of this case study here: http://bit.ly/2TgmE8k AdHawk is the easiest way to manage your digital advertising (Google AdWords, Facebook Ads, Bing Ads, Instagram Ads, etc). Subscribe for more! https://www.youtube.com/c/adhawk?sub_confirmation=1 For latest digital marketing news and tips: Blog: https://blog.tryadhawk.com/ Email: info@tryadhawk.com Facebook: https://www.facebook.com/AdHawk-1094583727235450/ Twitter: https://twitter.com/adhawk Jobs: https://angel.co/adhawk Instagram: https://www.instagram.com/adhawk/ About AdHawk: AdHawk is the easiest way to manage your digital advertising across all platforms (Google AdWords, Facebook Ads, Twitter Ads, Bing Ads Instagram Ads). AdHawk aggregates your data and puts it into one dashboard that updates in real-time. It then gives you optimization tips that you can accept or reject with one click. On this channel, you will find how-to videos and easy to follow walkthroughs on how to set up your digital advertising campaigns. Always feel free to reach out to us at info@tryadhawk.com We love hearing about your digital advertising stories and ways we can help!
0 0   144   2019-07-10   Google Fiber   0

How to Install a French Drain

How to spot a liar | Pamela Meyer